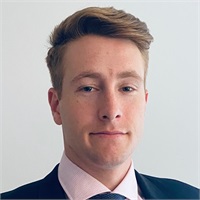 Michael S. Marnell (Mike) is a Financial Representative with Forest Hills Financial Group (FHFG) committed to educating and helping his clients secure a balanced financial future.  He specializes in helping individuals and families plan for life events, both expected and unexpected while making the process as stress-free as possible. Mike also works closely with business owners, offering strategies to help them protect and grow their income, their business, as well as attract and retain key employees.

Mike graduated Cum Laude from St. Lawrence University, Canton, NY with a double major in Business and Economics, and dual minors in Sports Studies and Exercise Science, Film and Representation Studies. While attending college he excelled both academically and playing Division 1 hockey. During his college years Mike competed in the Eastern Collegiate Hockey Conference (ECAC) as a member of the St. Lawrence Men’s Ice Hockey Team and was voted Team MVP his last year. From a young age, Mike maintained an active school and community presence. While in high school he played Junior Hockey in the United States Hockey League (USHL) for the Des Moines Buccaneers and represented the USHL through volunteer work at hospitals, schools, and local community events. While in college Mike was Head Representative for the non-profit Headway Foundation, an organization that aims to promote a safer sports culture, and a Healthcare Sector Analyst for the school’s Crown Royal Investment Club. He began his professional career playing hockey for the Cincinnati Cyclones before becoming an Assistant Coach for the P.A.L. Junior Islanders, where he led the team to their first ever playoff appearance. When Mike studied Business and Economics, he really enjoyed it and after his hockey career he knew financial services was something he would pursue. Now partnered with FHFG, Mike is dedicated to bringing people and resources together to help his clients achieve their financial goals.