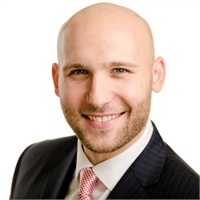 Stephen J. DelliBovi is a Managing Director working out of the Melville office of Forest Hills Financial Group (FHFG). He loves engaging in conversation and takes pride in his ability to build strong and positive lifetime relationships. Stephen describes himself as extremely extroverted and feeds off being around people and their energy.  He strives to grow personally and professionally by servicing clients and recruiting and developing new talent to help grow the firm. He is passionate about helping people cultivate their passion for helping others in their career while creating an amazing life for themselves.

Stephen graduated from Long Island University (LIU) in New York with a Bachelor’s Degree in Business Administration with a concentration in Management. Always enterprising, while attending college he worked in athletics and became a certified personal trainer.  After graduation Stephen began his professional career as a Fitness Director at Training Station Athletic Club in Port Washington, New York where he later became General Manager.  Stephen found great satisfaction in helping people achieve their fitness goals so they could enjoy the quality of life they aspired to. When he was offered an opportunity to enter the financial services industry with Northwestern Mutual, Stephen realized he could continue to have a positive impact on people’s lives by helping them achieve their financial goals.  He now brings his passion, drive and experience to FHFG.

A sports enthusiast, Stephen loves basketball, football, and is a huge North Carolina Tar Heels college basketball fan.  He’s still a fitness advocate and hits the gym early every morning to work out.